(Did you mean the Jamieson-Williams fanzine?)

Swill is a potent, yellow-colored alcoholic punch invented by members of the Nashville Science Fiction Club, named by Dan Caldwell and frequently served at Southern fandom room parties, where it is mixed in trash cans. It consists of vodka with orange, grape and lemon juices and a touch of sugar. 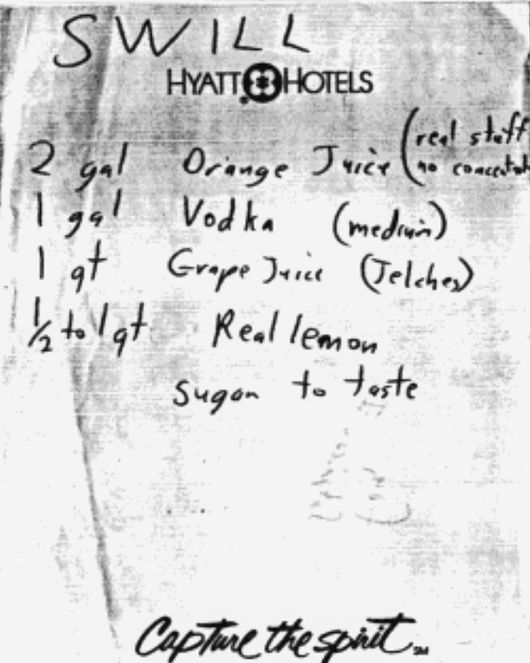 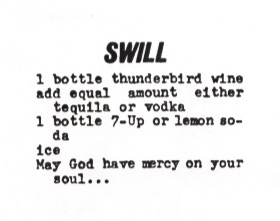 From the Philcon 1972 program book.

There was an earlier version of Swill, mixed, according to the Philcon 1972 program book, from cheap fortified wine, tequila or vodka, and 7-Up, but it can no longer be made. The main ingredient, Gallo’s Thunderbird wine, citrus-flavored rotgut with a whopping 21 percent alcohol by volume, has been entirely reformulated.