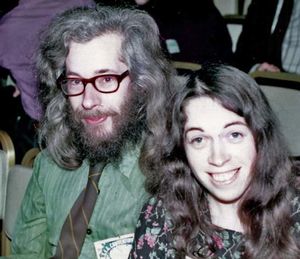 Rosemary Pardoe, a SF/fantasy writer and fanzine editor from the UK, was one of the founders of the British Fantasy Society in 1971. She founded the M. R. James-oriented APA The Everlasting Club and belonged to OMPA. She also published The Reader's Tern in 1971, Seagull in the late ’60s and early ’70s, Wark in the mid-70s, and was the first editor of Dark Horizons.

She was married to fellow fan Darroll Pardoe until his death in 2021.