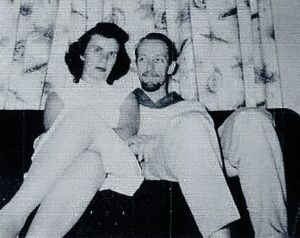 Born Nancy June Neuman, Nancy Kemp was a fan who co-edited the SaFari Annuals (aka Who Killed Science Fiction? and Why Is a Fan?) and contributed to a variety of other fanzines. She ran the art show for Chicon III, the 1962 Worldcon. She was active in Midwest fandom in the 1950s–70s.

She was married to Earl Kemp from 1949 until at least 1970. They had two sons, Erik and Earl Terry Kemp; the latter is also a fan and a sf historian. She died of uterine cancer.