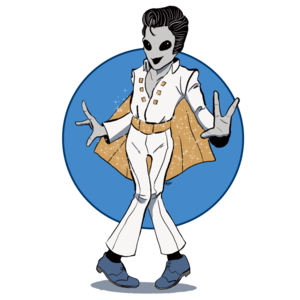 Memphis in 2023 was a carpetbagger bid to host the 81st Worldcon in Memphis, TN, in late August 2023. The bid, chaired by Cliff Dunn and Kate Secor, and sponsored by Vacons, was announced at the Dublin 2019 Worldcon. The bid filing said Secor would be con chair. The other announced bidcom members were Mike Willmoth and Jo Van.

The bid had said that it would not run the 1948 Retro Hugos should it win: “While we understand that some family members very much appreciate getting Hugos for the work their parents (or grandparents) did, the reaction to the Retros has been increasingly mixed. On balance, we therefore believe it is time to move on from these, at least for the time being.”

Their competition was Chengdu 2023 and a much later bid for Winnipeg in '23. It would have been voted on at Discon III in December 2021.

On October 18, 2021, Dunn announced the bid had withdrawn, blaming the Covid-19 pandemic:

“It is with great sadness that we let you know that the Memphis in 2023 bid has folded. The challenges and uncertainties surrounding the pandemic have severely hampered our ability to run the campaign we had been hoping to so it has led us to fold this bid.”