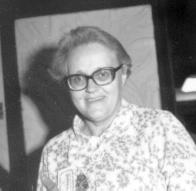 Fanzine fan Mae Strelkov was so well loved in fandom that Joan Bowers and Susan Wood started a fan fund, the Mae Strelkov's Friends Fund, for her, and in 1974 she attended the Worldcon Discon II and DeepSouthCon and traveled the U.S. for two months.

She was an Argentinian grandmother and lived on a ranch in the middle of nowhere, wrote loving letters and locs, and printed highly colorful hecto paintings. Mae was known for her hecto paintings — long after hecto was a common fannish repro medium — and once boiled bones to make the gelatin. (She soon went back to commercially made hectographs, which she said were much better.)

References to Mae Strelkov appear now and again in the late Ned Brooks's zines, such as It Goes on the Shelf. She illustrated his publication of The Spagyric Quest of Beroaldus Cosmopolita by Arthur Machen (Purple Mouth Press, 1976).

She was born in China, the daughter of English missionaries. She married Vadim Strelkov who was Russian-born and they moved to Chile, then Buenos Aires, and then on to a ranch in Jujuy, Argentina. 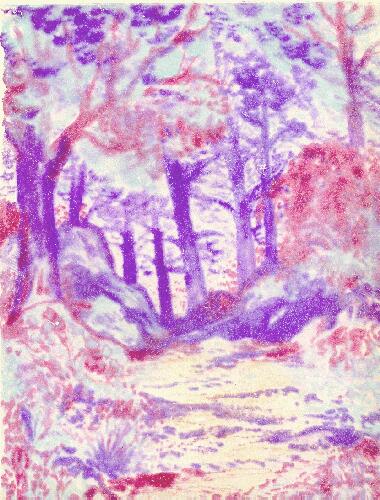