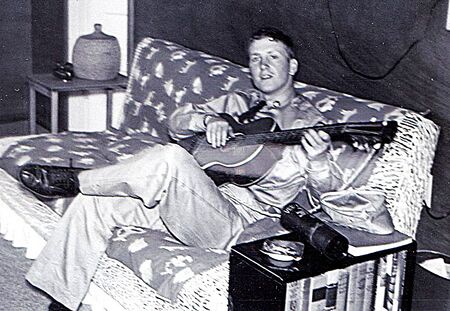 Lawrence Sidney “Lars” Bourne, aka Larry S. Bourne, a Eugene, OR, fan active in the 1950s, was a member of OMPA and The Cult. A fanartist, his work was included in The Best of Fandom 1958. He seems to have hung out with the later Cry Crowd.

He was one of the first faneds to receive an article bylined Carl Brandon (from Boob Stewart in 1953) and figured out Brandon was a hoax early on, but being largely gafiated during that period, he never told anyone till it was all over.

He married June Aileen Waggoner on August 8, 1961 in Oregon. It looks like he moved to San Jose and he may have been active on Facebook until 2015.