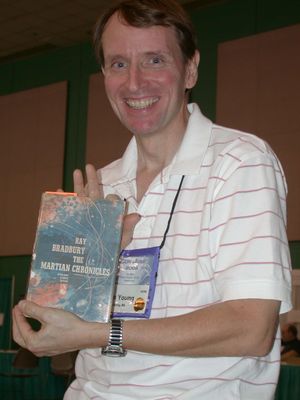 Jim Young was a Minneapolis teenager who found out about fandom from Jean Berman, a classmate, and became a member of APA-45. He was soon one of the Minn-STF "floundering fathers". He was chairman or (chairman emeritus) of many early Minicons (including nearly all of Minicon 1 through Minicon 10), and a founder of the Minneapolis in '73 bid. He was a fan writer, artist, and song writer:

He was a writer who wrote two SF novels, The Face of the Deep (Pocket, 1979) and Armed Memory (Tor, 1995) as well as a number of shorter works. Until he retired, he was a career diplomat with the State Department Foreign Service. After retirement, he did writing and acting in Hollywood films.