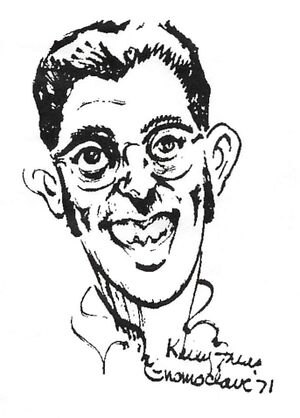 Irvin M. “Irv” Koch was a Southern fan who founded Chattacon (and ran the first four) in the 1970s. He chaired the Charlotte in 2004 bid for the Worldcon and also the subsequent Charlotte NASFiC bid. He was a member of SAPS and SFPA.

He won the Rebel Award at DeepSouthCon 8 and chaired DeepSouthCon 22 and Gnomoclave '71. He was president of the N3F in 1991–92 and GoH at Concave, Chattacon X, and UpperSouthClave XII. He received the Hank Reinhardt Fan Award in 1998.

He was an avid Sherlockian. An industrial engineer by training, he became a bookstore owner and a librarian. Irv was married to Kay Pinckney.