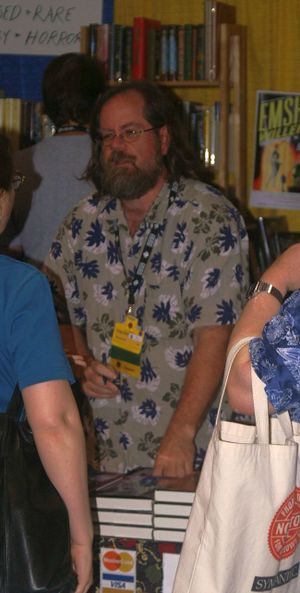 Greg Ketter is a Minneapolis SF bookstore owner, huckster, and con-running fan. He is a member of Minn-StF. He has written for Rune and has been a member of MINNEAPA.

He has run the DreamHaven SF bookstore since 1977 as well as its associated DreamHaven Press. He was also at one time a partner in The Stars Our Destination. He published the DreamHaven Fortieth Anniversary Scrapbook in 2017.