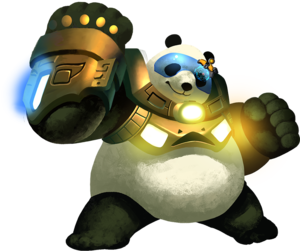 The winning bid to host the 81st Worldcon in 2023 in Chengdu, Sichuan, China – see Chengdu Worldcon.

The bid was launched in 2017, sometimes also calling itself PandaCon and using the slogan "Panda Wants a Worldcon!" (Chengdu being known as the panda capital of China). Bid co-chairs were Xia Tong (Tony Xia) and Wang Yating (Tina Wang). Wu Yin was liaison.

Their final competition in the 2023 Site Selection, after Memphis in 2023 withdrew in October 2021 citing Covid-19, was only Winnipeg in '23, which DisCon III allowed to file in April 2021 after bid filing had originally closed in February but soon after the Worldcon 2021 term was officially postponed to December. Chengdu won a landslide with 2006 votes to 807 (of which pre-con postal ratio was 1950 to 332).

It was reported {by whom?} that