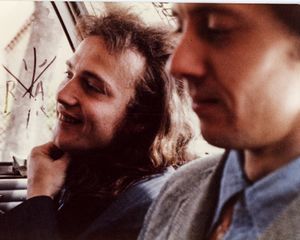 George Sutton Breiding, a reclusive San Francisco correspondence and fanzine fan and speculative poet, has been floating around fandom since the 1970s. He has published many poetry zines.

In 2019, Bill wrote in Portable Storage One: