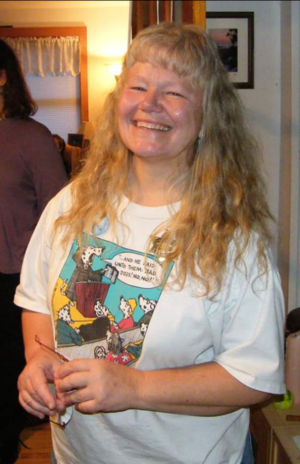 McKee has been a professional artist for more than 30 years. She lives in New Richmond, Wisconsin. Her career started in the world of SF and fantasy due to her own interest in the literature.

Her drawings of griffins and other such mythological creatures which looked like real animals instead of cartoon creations found a receptive audience at SF convention art shows, and Erin went on to win awards for her work. In the past 16 years, she has also found a niche as an artist in the world of the renaissance, and has exhibited her work at the Minnesota Renaissance Festival, and at other renaissance fairs around the U.S.