In 1971, chairman Jay Haldeman cut a deal with the Shoreham (across the street from the old Sheraton Park) in Washington, DC, a wonderful old hotel with large, clean rooms in a safe neighborhood. Terry Carr was GoH. This was the first Memorial Day weekend Disclave, complete with another night and day to "dead dog." So from here on it's a four day affair.

King Faisal of Saudia Arabia and his entourage was also a guest at the Shoreham that weekend. He did not join the convention. On the other hand, it was George R. R. Martin's first convention -- he was registered by Gardner Dozois who was working registration. 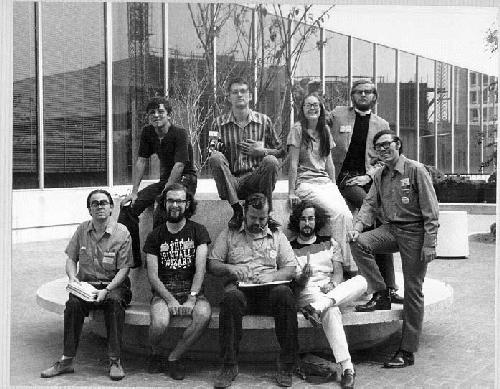