(Were you looking for a fanzine called Klarkash-Ton by Robert M. Price or by Steve Behrends?) 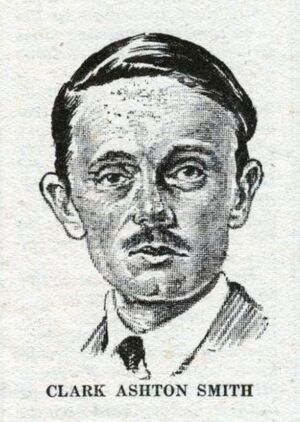 Clark Ashton Smith was a self-educated poet and author of SF, fantasy, and horror stories. He was a member of the Lovecraft circle, and his literary friendship with H. P. Lovecraft lasted from 1922 until Lovecraft's death in 1937. As part of the Lovecraft Circle, he was written into their stories as Klarkash-Ton. Smith occasionally used the pseudonyms of Carl Buxton, Benjamin De Casseres, and Timaeus Gaylord.

Smith's short stories originally appeared in pulp magazines such as Weird Tales, Strange Tales, Astounding Stories, Stirring Science Stories, and Wonder Stories. He was considered to be the third member of the great triumvirate of Weird Tales, with Lovecraft and Robert Howard.

Nyctalops, Klarkash-Ton and The Dark Eidolon were fanzines devoted to Smith and others of the Lovecraft Circle.