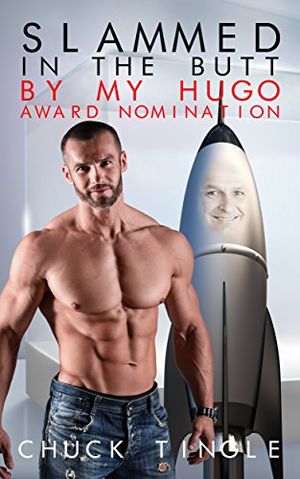 Dr. Chuck Tingle is a penname used by an author of pornographic fiction. His story "Space Raptor Butt Invasion" was nominated for the 2016 Best Short Story Hugo, apparently because of propaganda by the Rabid Puppies.

Tingle was not part of the Puppies, and his reaction was highly amused, amusing and very derogatory of Rabid ringleader Vox Day, with an epic series of taunting tweets. Among other responses, he appointed Gamergate target Zoë Quinn as acceptor, and wrote a new book, "Slammed in the Butt by My Hugo Nomination."

"Chuck's hobbies include backpacking, checkers and sport. He is also a prominent flavor rights activist and the creator of the non-profit advocacy group, Allow All Flavors."