(Did you mean the American artist?) 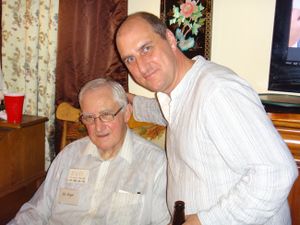 Bill Wright, a Melbourne fan, became active in fandom in the late 1950s. He was a founding member of ANZAPA and the Nova Mob, HonSec of the Eighth Australian Science Fiction Convention (the eighth Australian Natcon) in 1969, and secretary of Aussiecon in 1975.

Bill won the 2013 DUFF Race. He was lauded as a kind, sweet gentleman, a joy to be around. However, he was apparently quite open about his admiration of very young men, and was once heard to say, “Pedophiles of the world, unite!” at a Nova Mob talk. Proof was limited to things other fans heard Wright say, yet there was consternation in 2022, when the ASFF named a children’s writing award in his memory.

He died after a fall, following surgery for bladder cancer.