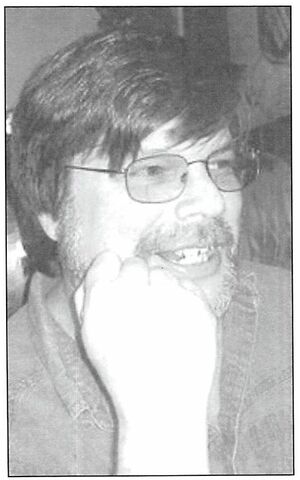 A United States pro writer and fan and winner of three Hugo Awards (see below). Born in Nashville, he now lives in Massachusetts.

He discovered science fiction fandom through the Nashville Science Fiction Club in the mid-1970s, while he was a student at a boarding school in nearby Bell Buckle, Tennessee. He was one of a group of teenagers who would play marathon Dungeons and Dragons games that would last a weekend, with the older Michael J. "Orange Mike" Lowrey serving as Dungeonmaster and host.

He worked as a journalist for various papers in Tennessee, Missouri and the Northeast, getting an M.A. in Journalism from the University of Missouri, as well as freelancing, but eventually became a full-time S.F. writer.

He serves on the Board of Advisors of SFWA and is a Eastern Regional Director. In 2004, he contributed a chapter to the collaborative hoax novel, Atlanta Nights by Travis Tea.