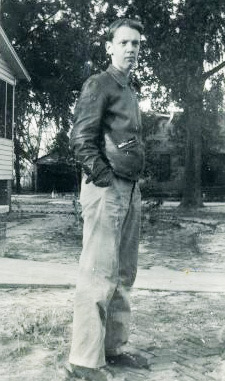 Raymond Willis “Raym” Washington, Jr., was a teenaged early Florida fan who was connected with Claude Degler’s Cosmic Circle — he was one of the few important fans who fell for Degler’s mishegoss. He used the publishing house Dixie Press, was a member of FAPA and published The Science Fiction Savant.

According to Harry Warner, Raym's younger sister, Mary Helen Washington, was also a fan. With Degler, they held the Live Oak Conference in early 1943.