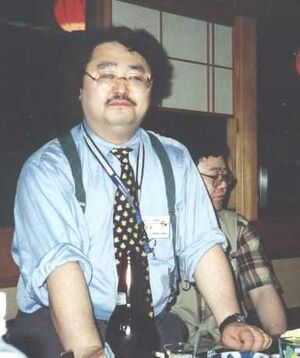 He has been a member of Space Force, serving as Chief of the General Staff (1979–87), and he was chair of JASFIC (Japanese Association for Science Fiction International Communication).

He is married to fellow fan Tamie Inoue. In his day job, Inoue is an anime producer; his credits include Appleseed, Armitage III, Blue Gender, Tenchi Muyo! Ryo-Ohki and Perfect Blue.