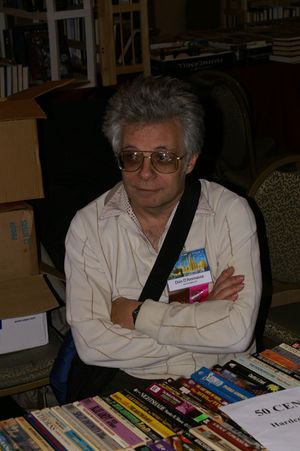 Donald Eugene D'Ammassa was born in Providence, Rhode Island. He is a prolific fan, SF and fantasy author and critic. He is a member of RISFA and OE of APA 45..

His enormous collection fills a 4-car garage as well as his house, and he has read nearly all of it -- in fact, he believes he may be the last person who had read all of SF in English -- it is certainly too late for anyone born after him. His Encyclopedia of Science Fiction (2005), Encyclopedia of Fantasy and Horror Fiction (2006), and Encyclopedia of Adventure Fiction (2009) are especially noteworthy.