Difference between revisions of "Philadelphia in 1977" 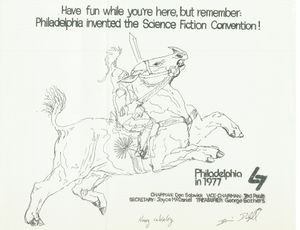 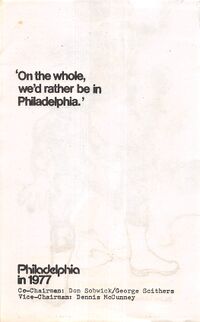 See Suncon publications and photos on fanac.org for an interesting survey conducted by Lew Wolkoff on behalf of the Philly bid.