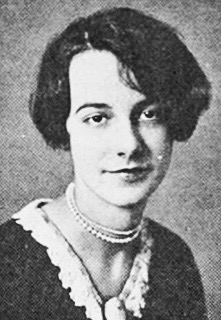 Leslyn MacDonald Heinlein was a poet, actress and teacher.

She was the daughter of Colin MacDonald and Florence Caroline Gleason. She earned a master's degree in philosophy from USC in 1930. In January 1932, a boyfriend, Cal Laning, introduced her to his pal, naval officer Robert A. Heinlein. Heinlein took her to bed that night, proposed marriage the next morning and they wed in March. It was, according to many accounts, an open marriage, and he reportedly enjoyed sharing his wife with other men. What she thought about it is disputed.

Heinlein, after beginning to write science fiction, took his most famous pen name, Anson MacDonald, from his middle name and Leslyn's surname. She served as an uncredited collaborator and story editor for his early work.

John and Doña Campbell named one of their daughters for her.

She told a bizarre story to census takers in 1940.

In 1941, she attended Denvention, where RAH was GoH, costumed as Queen Niphar of James Branch Cabell's Figures of Earth in in a "semi-oriental dress," according to Harry Warner.

The Heinleins’ marriage, Robert’s second, dissolved in 1947, leaving Leslyn suffering from mental illness and alcoholism. After their divorce, in 1948, he married Virginia Gerstenfeld, with whom he’d been having an extramarital affair, and Leslyn married Jules G. Mocabee.