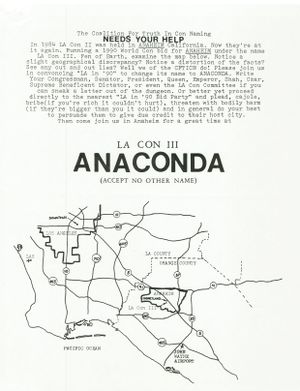 A bid to hold the 1990 Worldcon in Los Angeles. It lost to the Holland in 1990 bid at site selection held at Conspiracy '87 (see 1990 Worldcon Site Selection for more details.) The bid was run by SCIFI, the same group which ran LACon 2.

One of the bits of bid shtick was the pretense that the convention should not be called "L.A.con III" since it was not in LA but in Anaheim, and for that reason it would be called ANACONDA. 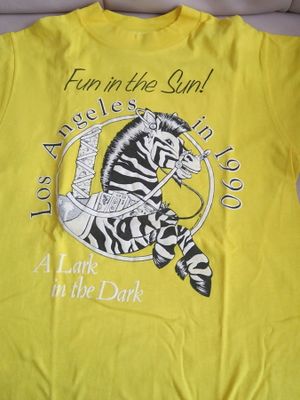