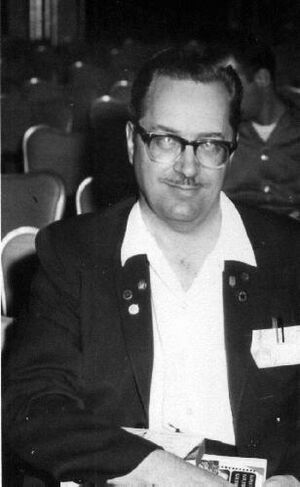 Forrest J (he affected no period after the "J") Ackerman — Forry — was a fan (indeed, one of the founders of fandom), collector of books and movie memorabilia (he was called The Grand Aquisitor), magazine editor, science fiction writer, Esperanto enthusiast, and literary agent. 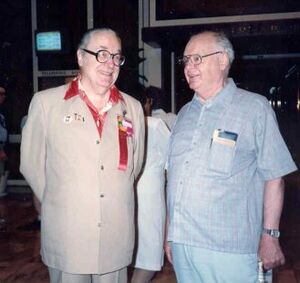 He originated the Big Pond Fund, the first fan fund and was also active in the National Fantasy Fan Federation (N3F) and was for many years its only lifetime member. He was West Coast Representative for Silvercon.

In 1947, she began publishing the first known lesbian publication in America, Vice Versa, a carbonzine (online here). Supportive of her alternative lifestyle, Ackerman wrote reviews for the zine under the name “Laurajean Emayne.” In a 1995 interview, Eyde said: