Difference between revisions of "Bob Tucker" 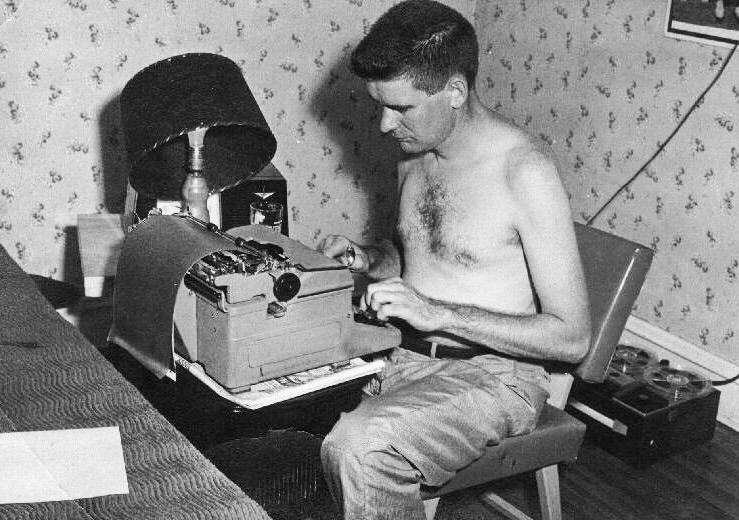 The second hoax came a few weeks before the Cinvention in 1949; at that time, Ben Singer, an 18-year-old Michifan stationed at Chanute AFB near Tucker's place, dropped in on Bob and suggested pulling off a Tucker Death Hoax for the con. Bob deprecated the idea and thought he'd quashed it, but Singer found it a fascinating notion and upon leaving sent Don Ford, the Cinvention chairman, a telegram, ostensibly from Tucker’s girlfriend Mari Beth Wheeler, telling him of Bob's death, and sent Spacewarp editor Art Rapp a news release giving gory details.

In mundane life, Tucker worked as a stagehand, and later as a stage and motion picture projectionist and electrician until 1972 (he served as President of Local 193 of the International Alliance of Theatrical Stage Employees and Motion Picture Projectionists [IATSE]), as well as a reporter and editor, while writing his SF and mysteries part-time.