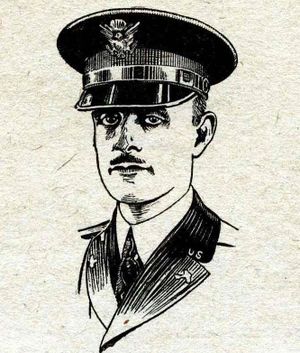 Col. Sterner St. Paul Meek began writing sf for the pulps in 1929. Many of his stories featured Doctor Bird and Operative Carnes. Meek’s stfnal output occurred while he was an active Army officer, so some of his work was published as by Capt. or Major Meek.

He later turned to children’s fiction, especially when he became a full-time writer after retiring from the military in 1947.

He was a member of the Golden Gate Scientific Association as of 1930.