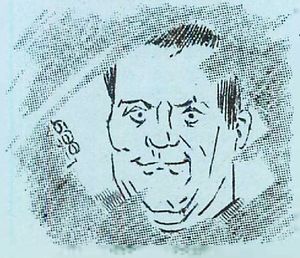 Norman Weedall. Art by Eddie Jones from Waldo No. 1.

Norman Weedall, a Liverpool fan active in the 1950s, was an early member of the Liverpool Group (LaSFaS) and of the Nor'west Science Fantasy Club. He was a founding member of the BIS.

Weedall was one of the earlier members of, and the Executioner of, the Order of St. Fantony. His first convention was London SF Con, Eastercon 3, in 1952.