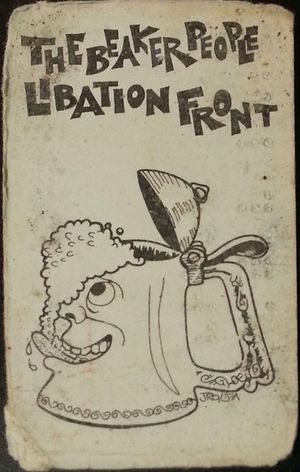 The BPLF was a not-entirely-serious organization founded by John Boardman, Brian Burley and Fred Lerner in the 1960s for the purpose of drinking beer.

The "Beaker People" were a prehistoric European people who may have been ancestor to the Celts and who were popularized in the 1950s among fans in some of Andre Norton's stories. It is theorized that the "beakers" (pots) found at their sites were for making and drinking beer. 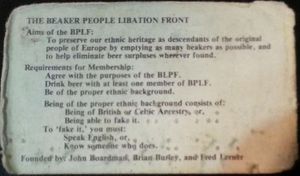