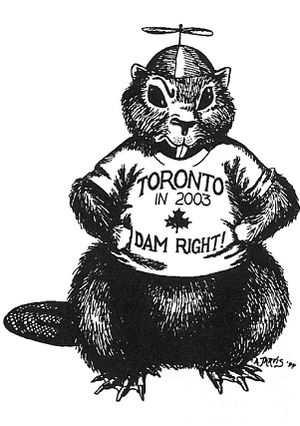 A successful Worldcon bid to hold the 2003 Worldcon in Toronto, Ontario, chaired by Peter Jarvis, and resulting in Torcon 3, three decades after the previous Toronto Worldcon. Voting took place at Chicon 6 in 2000, and the other candidate was Cancun in 2003.