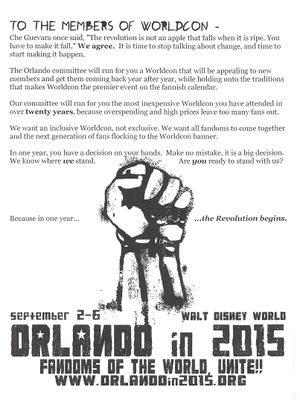 A Disney bid to host the 2015 Worldcon on September 2-6, 2015 in Orlando, FL at Disney's Coronado Springs Resort. Chaired by Adam Beeton. It used a very odd Stalinist theme in some of its advertising.