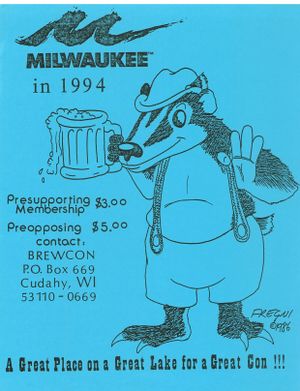 A bid to host the 1994 Worldcon in Milwaukee, WI formed in late 1985. It would probably have been named Brewcon. It did not appear on the site selection ballot, but it is not known when it folded. See 1994 Site Selection.