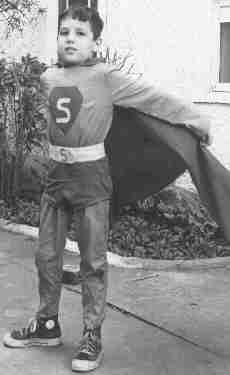 Donald D. Markstein (Don) was the most active of the DeLasalle High School fan enclave. Between about 1966 and 1969 a strong string of proto-fen attended and graduated from that school. While the prime interest of that group was rooted in Comics Fandom a large percentage crossed over to Science Fiction Fandom joining NOSFA and attending local, regional, and Worldcons in support of the New Orleans in 1973 Worldcon bid. He won the 1978 Rebel Award and was GoH at Nutria Con.

Don was a long time and at times hyper-active member of SFPA, Myriad (another long standing southern apa), , the first editor of NOSFAn, held a string of offices in NOSFA, co-chaired (with Stven Carlberg) two Steven & Don's Cons, and generally the most well known local fan based on fanzine production. He was the second editor of Nola-Zine. He chaired DeepSouthCon 11 and was a member of CAPA-alpha. He won two 1984 Southpaw Awards: Best Apa Writer and Best Apa Administrator.

Don was one of the Sons of the Sand, a group of conservative fen that felt that club and media fen were not giving New Orleans Fandom the character that it should be projecting to fandom at large.