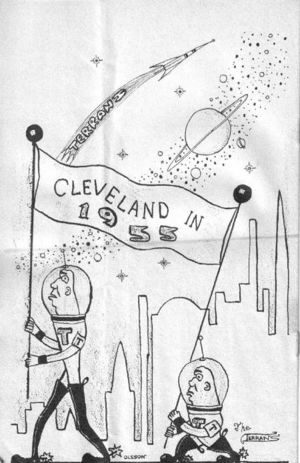 A successful bid to host the 1955 Worldcon in Cleveland, OH. It's not clear if they were opposed at SFCon, where site selection was held. See 1955 Worldcon Site Selection for what details we have.